The diasporic condition, as understood by Hever-Chybowski, is presented in “Mikan Ve’eylakh”. Aside from the breathtaking preface, the translated articles by Daniel Boyarin and Edward Said bolster the intellectual framework behind the new conception presented here by the journal’s founders. Such is the case also with the beautiful and innovative article by Ofri Ilani, which examines the Germanic context of early Hebrew poetry. Hebrew literary criticism often points to German influences upon the Berlin Enlightenment, but Ilani’s study sheds new light on what has become commonplace knowledge passed down throughout generations of researchers.

The first issue of “Mikan Ve’eylakh” does not tread lightly, and can be considered one of the most impressive intellectual feats of recent times. Its superlative eloquence clearly maps out the activity of Hebrew-Israeli artists and intellectuals who have chosen to work outside the State of Israel. This process, along with the controversy it has sparked, is developing before out eyes on numerous levels. And it is only at its beginning. “Mikan Ve’eylakh” is an important and dear component to its development, as well as to the evolving scene of Hebrew literary journals.

The article may be downloaded here as PDF (Hebrew).
To read the article in Haaretz (Hebrew). 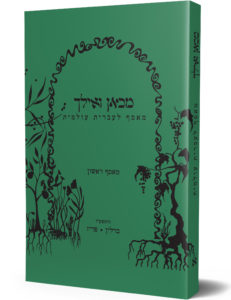 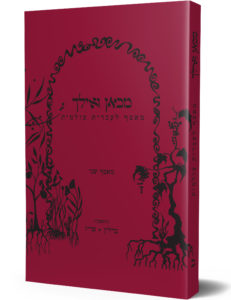